Ask any heterosexual male who grew up on repeats of ‘The Good Life’ what the main appeal was to the gentle, suburban situation comedy, and it’s frankly unlikely you’ll receive many answers without a mention of ‘Barbara’ or ‘Felicity Kendal’. 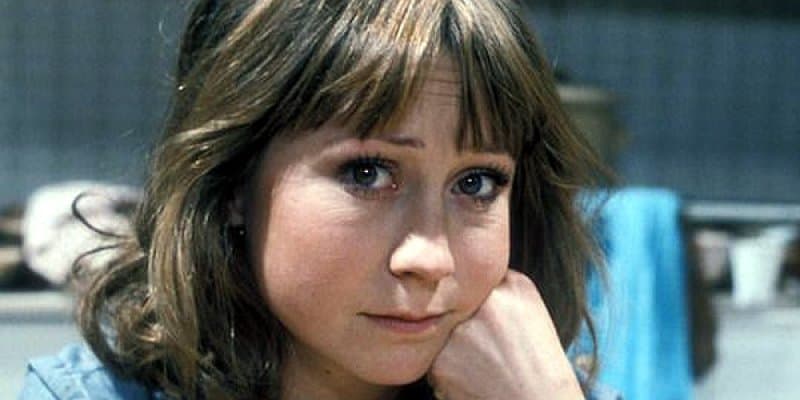 The Good Life, which ran on BBC1 from 1975 – 1978, was what would today be known as a ‘sleeper hit’, attracting a modest audience (for the time) of around 8.2 million viewers during the first series.  Of course, this was in the days when there were only three channels, meaning the great British public’s choice was less diluted.

An act of serendipity — an ITV strike in 1976 which coincided with the broadcast of the second season (objectively also the shows finest) — resulted in viewing figures sky-rocketing, eventually reaching a massive 21 million for the 1977 Christmas special.  A cult hit was born.

Amongst the myriad of eager viewers, I was one of many pubescent males who found himself helplessly fixated by the charms of Felicity Kendal’s Barbara: the tom-boy wife to Richard Briers’ Tom Good, nominally the central character of the piece.

The show’s central arc — Tom and Barbara’s odyssey into a radical new lifestyle of self-sufficiency — provided a flexible framework for comedic storylines, augmented by good-natured conflict with the conservative next-door Leadbetters. Yet it was Kendal’s portrayal of Barbara as a feisty-but-fun, pixie-like sexpot that kept me glued to my screen.

Growing up in the 80s, the seemingly never ending repeats held my attention.  Whilst enchanted by the gentle humour and comforting familiarity of the show, it was Barbara that had truly captured my heart.

Not that Barbara’s appeal was entirely sexual in nature.  Tom and Barbara’s almost child-like playfulness and frivolity was, and remains, an endearing recurring trope of the show.  The Goods embraced their inner silliness wherever possible — frolicking in the fountain or flinging food at one another — sharing a sense of puerile fun that seemed to my young eyes to represent the perfect manifestation of a marriage.  They rejected the fuddy-duddy adulthood of their peers (such as Tom’s supercilious former boss, ‘Sir’) in favour of…..well, mucking about!

Spending the day working at home with his missus on their joint passion-project, joyfully dicking about being daft before being tempted up to the boudoir by a quick bat of her beautiful brown cow-eyes or a cheeky wiggle of that pert bottom; it seemed to me that Tom Good was the luckiest imaginary bleeder in the whole darn-tooting fictional TV world.

Of course, Felicity Kendal was (and remains now, in her 70s) a singularly beautiful woman.   Latterly considered a ‘national treasure’ by the seemingly anonymous force that bestows the title,  Felicity has been the subject of many journalistic profile pieces through the years, and it seems is at pains to point out the marked differences between the character that made her famous and her own personality.

It’s perhaps testament to her acting prowess that Felicity was able to so convincingly pull off the role of cutesy, dedicated but feisty wife to her maddeningly irritating husband Tom, whilst all the while the actress herself lived a life of determined independence.  Talking to the Guardian in 2015, Kendal elucidated:

“No, I’m not obedient and nice and do what I’m told at all. I’m totally and utterly independent. On the other hand, I’m not a steaming women’s libber in the caricature sense. A lot of women do have that image because they have a very intellectual front, are very outspoken and say a lot of very frightening things.”

It would have been an interesting prospect to see how the titular Tom Good would have coped with marriage to a freer spirit than “good old Barbara”, as he often refers to her.  Had Felicity Kendal been tasked with bringing more of her own personality to the role, I’d like to think that the first things Barbara would have knocked on the head might have been Tom’s incessant, enraging whistling, as well as his constant, attention-seeking noise-making.

It’s not that Tom is without his good points: quite the contrary.  Like Barbara, Tom is loyal, hard-working and enthusiastic (irritatingly so), as well as honest, to a point (at least when it matters).  And of course, the character is played expertly by the eminently likeable Richard Briers, every 80s kid’s favourite imaginary uncle!

So why does he come across as such an arse?

Well, as Briers himself pointed out many years after the show had aired:

“I never really liked Tom. I thought he was selfish and obsessed. Poor Barbara never got any dresses and presents. It was always about him, his ideas, his plans.”

‘Dicky’ (to his mates) gets stuck into Tom further in another retrospective, referring to the character as a “parasite” and a “leech”.

Whilst it’s fair to say there is probably an element of #differenttimes to Briers’ reading of Tom — in truth, Barbara was equally opposed to wasting funds on luxuries — his characterisation of Tom as a parasitical scrounger certainly stands up to inspection.

Jam-packed with hubris and immensely self-satisfied with his eco-warrior lifestyle change, Tom’s bonhomie masked the truth (perhaps even from himself) that he rarely lived the sustainability lifestyle in the truest sense.  He repeatedly relied on the charity and good-will of the kind-hearted Leadbetters, who over the show’s four short series provided hand-outs, lifts, loans and manual labour: the latter something Jerry wilfully gave to find some respite from his own high-maintenance spouse. 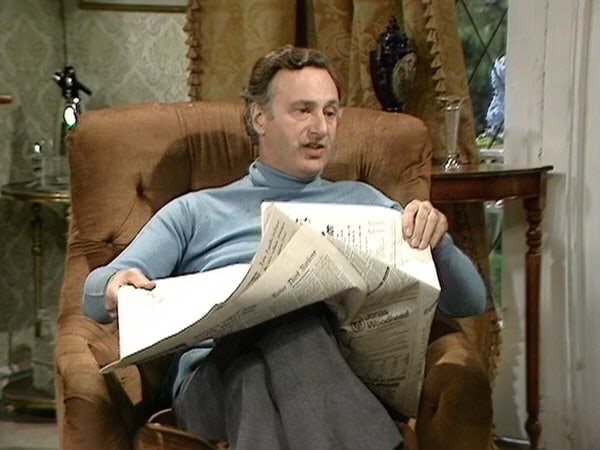 During our obsessive analysis of each and every episode ever made of The Good Life here at the Sitcom Archive Deep Dive Overdrive podcast, I’ve been waging an anti-Tom propaganda campaign of sorts, aimed at convincing my co-host Alison Barton-Simmons that Tom is, in essence, a tit.  This needy, sulking man-child not only takes his neighbours for granted, he frequently acts with an almost Millennialesque-level of entitlement when it comes to putting-upon his loyal friend Jerry.  If Jerry wasn’t so perennially sozzled he’d probably have flipped his lid!

I think I’m winning her over, especially given our most recent re-watches come through the prism of 21st century values and a more increased focus on equality.  Another of Tom’s infuriating tendencies is his proclivity for gas lighting Barbara and taking credit for her ideas, although in fairness it is played with a twinkle in the eye by Briers, as if to indicate that both parties are in on the joke that Tom is an insufferable blowhard.

I’ve observed that a common failing in the writing of many television shows (comedic and otherwise) since the turn-of-the-century has been the inability to craft characters the audience can emotionally relate to.  I’ve lost count of the number of shows I’ve given up on simply because I felt there wasn’t a single likeable person present on screen at any time.

Which brings me to my reluctant concession when it comes to Tom Good.

Despite all the accusations I’ve levelled at the bloke, both here and in shouting at my TV through the years like a lunatic, Tom is essentially redeemable.  The quality of the writing on ‘The Good Life’, courtesy of sitcom royalty Bob Larbey and John Esmonde, is of such imperious quality that for all Tom’s theatrics and flaws, he nearly always contrives to see the error of his ways, meaning that the audience – even an old cynic like me – can root for Tom and Barbara throughout (albeit a good deal more for Barbara, in my case).

Finally, don’t let my vitriolic contempt for Tom fool you.  Watching the show has always been a pleasure and never more so than now, for the umpteenth time but through a slightly different lens, as we obsess and micro-analyse the minutiae of the show knowing we’re going to have to talk about it for half an hour afterwards and kid on that we have some sort of insight or value to add!

With that compelling value-proposition, why wouldn’t you choose to join us on this epic deep dive into all things ‘The Good Life’?  Subscribe to our podcast in iTunes or wherever you listen to your podcasts, and follow us on social media (Facebook | Twitter | Instagram) where we will share links each week to where you can watch the corresponding episode for free online (as some naughty sods have uploaded it to a streaming video platform – not us, we hasten to add!)

You can also email us at [email protected] to get involved or share interesting little tidbits we may have missed along the way.

Don’t be a tit like Tom – join us for our weekly indulgement of 70s nostalgia! 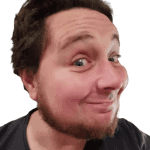 Eggs is based in New Zealand but has lost none of his enthusiasm for British sitcoms, old and new. A copywriter and digital marketer by day, Eggs unwinds by watching comedy shows and enjoys learning about the craft of comedy and comedy writing. Check out Eggs Twitter and YouTube for various silliness including his ongoing attempt to win People magazine’s ‘Sexiest Man Alive’ award, and his Scouse Google video series. 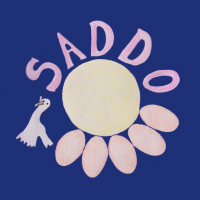